Join Us in Officially Welcoming Peter Sellers to the Capital Strategic Solutions Team! 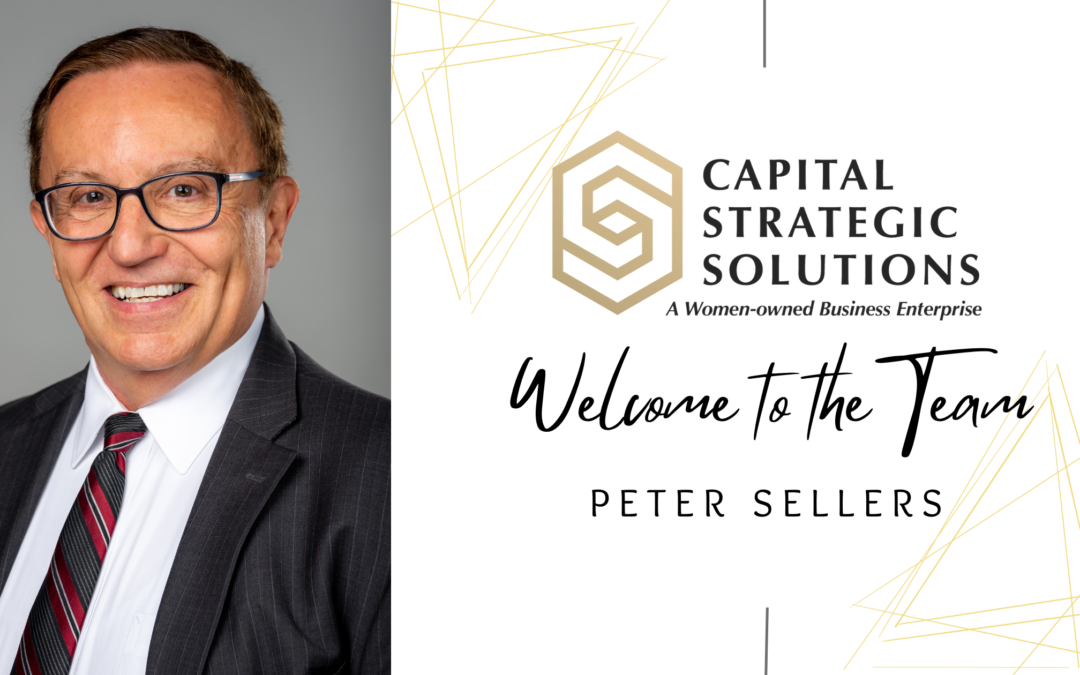 Peter Sellers has Joined CSS as a Senior Project Manager

Capital Strategic Solutions is excited to announce that Peter Sellers has joined our team as a Senior Project Manager. Members of the CSS team have had the pleasure of previously working with Peter and have come to admire his dedication, integrity, and expertise. His experience in Public Works serves as an inspiration to all to aspire to excellence in public service. His extensive knowledge of departmental restructuring, Capital Improvement, and Public Safety provide him a wide and varied field of knowledge to serve communities. We are tremendously eager to work with Peter so that the communities we serve may all benefit from his wealth of knowledge. 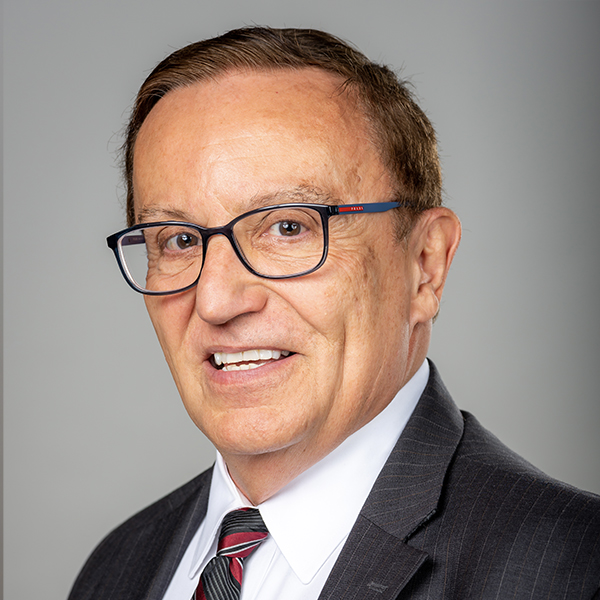 Most recently, Peter served Framingham for nearly 20 years, participating in its growth from America’s largest town to a new city government. Peter joined the department at a pivotal moment and rose to every challenge the burgeoning town faced. He displayed his talent for management by overseeing the operation and administration of all eight of the Department’s divisions and it’s 170 member staff. He thoughtfully managed an annual operating budget of roughly $45 million dollars, skillfully using funds to not only modernize the department, but also structured it for future success. This job played to Peter’s skill at collaboration as he negotiated Collective Bargaining agreements with respect for all of his employees and their work that is so critical to the quality of life in a community. 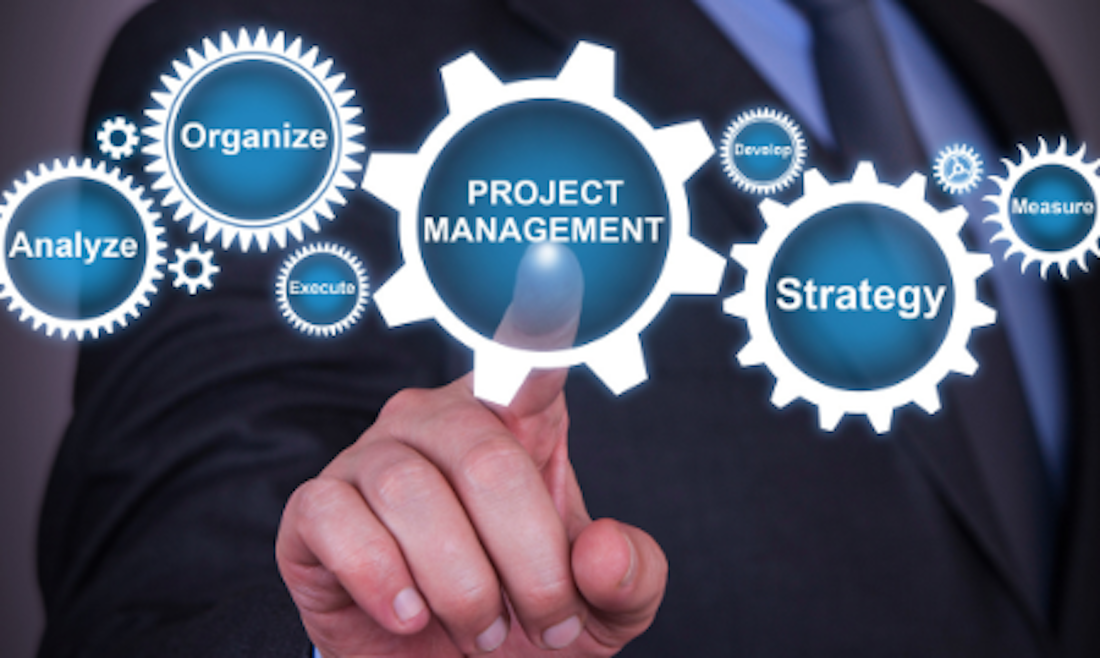 Peter’s leadership style has not only led communities to success, but he has also purposely created work environments that value transparency, collaboration, and honesty, to the benefit of all who have had the pleasure of working with him. This can be seen in his strategic restructuring of the Department of Public Works over multiple fiscal years during his time in Framingham. He advocated for and instituted a structure that emphasized “Management by Objective” with a clear and well-defined program, and transparent accountability standards. Peter also demonstrated his keen sense of planning for the long term by completing multiple Master Plans for the City’s Public Infrastructure components, including but not limited to the Water Distribution System, Wastewater Collection System, Transportation System, and Stormwater Collection System. His style of planning focused on the reverse engineering of a well-defined end point to sequentially validate the process of conception, design, funding, and the bidding and construction. Pragmatic collaborative problem solving tackled multilayered projects with clarity and continuity.

An example of this can be seen from his implementation of the long-term Capital Improvement plan that under his direction, renewed the City’s Public Infrastructure of Roadways, Bridges, Bike Paths, and Utilities. The infrastructure renewal program represented a total investment of $480 million dollars over 18 years. The work funded from a variety of Federal, State, and local resources. Conducted with the overall support of the community, this effort reset the city’s infrastructure from a failed system to a robust optimal functioning system.

Despite the many accomplishments from his tenure at Framingham, Peter without hesitation, explains that he is proudest of being able to bring together a talented and dedicated group of professionals, both municipal and contractual, to successfully engage the Community in hundreds of meetings outlining the concept and execution of the work. 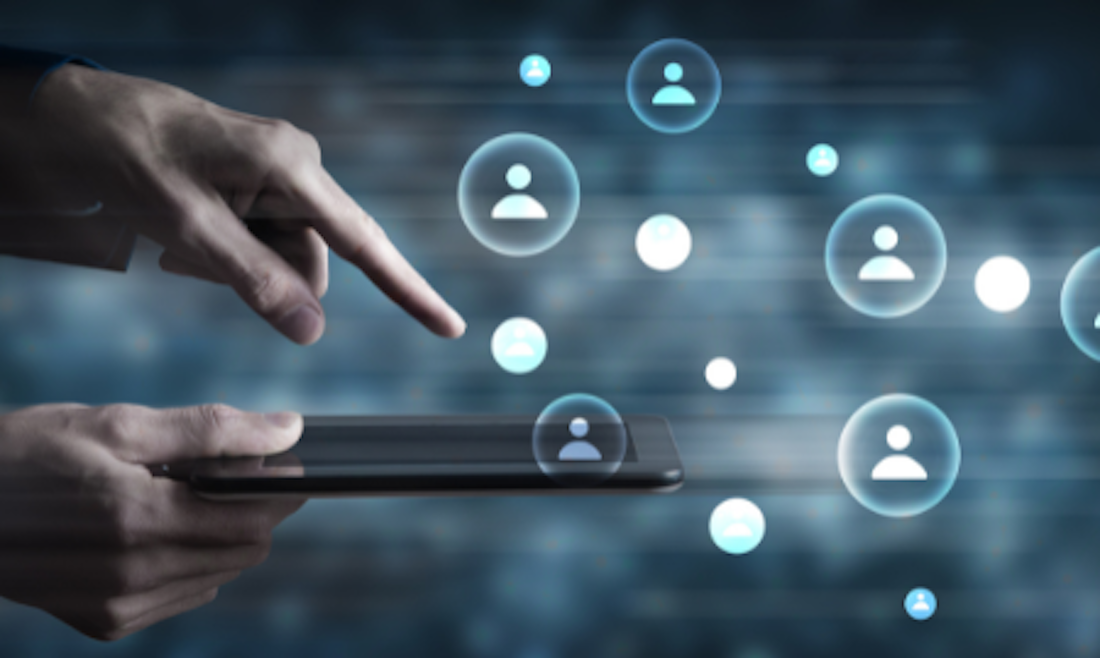 Prior to his time in Framingham, Peter served as the Director of Highways for the Town of Brookline. Within this role he managed a team of 78 employees and an annual capital budget of $7.5 million. This leadership position not only required the management of multiple programs, but also the maintenance of 3 municipal service facilities, totaling 120,000 square feet on multi acre sites, proving Peter’s ability to not only manage large programs, but also large physical assets and spaces. In keeping with his commitment to modernize departments, Peter oversaw the design of a new 43,000 square foot state of the art public works facility, which was able to streamline the functional organization of the division, and greatly improved the ability of the department to serve the community. Across the several communities Peter has served, he has shown his adaptability in serving unique interests of each community, learning along the way, and carrying a myriad of successful organizational strategies from one community to the next.

Beyond his vast understanding of efficient organizational structuring, Peter has also been able to integrate modernized systems to advance the quality of community service. This can be seen from his implementation of several technology-based management systems in Framingham, like the automated asset management system for the City’s major infrastructure systems, and an advanced SCADA system for the remote management of Water and Wastewater assets. Not only did Peter implement these management systems, he also began the use of mobile data terminals provide real time field access to critical GIS and SCADA data to staff in the field, thus expediting service to the public. In addition, working in close coordination with the Technical Services Division, he contracted for the development of a local area Wi-Fi network that provided redundant network access for the digital management of the Department’s 54 Pump Stations, providing remote access to the traffic controllers at 63 signalized intersections, roadway temperature sensors, and the 72 video traffic camera placements that are located at critical locations across the community. These developments worked as a force multiplier to existing staffing and allowed the Department to work more efficiently and effectively over the 24 hours of each day that the public infrastructure is in operation. 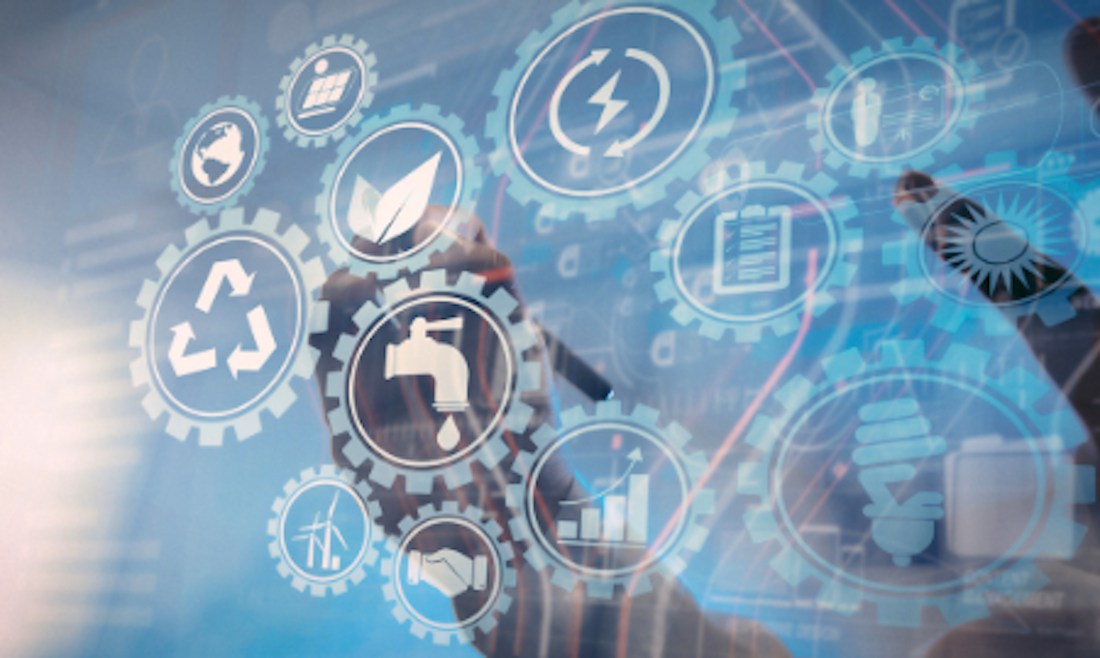 “Peter is one of the most respected and experienced Public Works professionals in the country. His vast experience in professional management, strategic planning, capital infrastructure, fleet and resource management will be a tremendous asset to our clients. During this unprecedented time of infrastructure funding to cities and towns, Peter’s expertise will be invaluable in helping clients navigate the complexities of maximizing federal and state funding to achieve the strategic and critical needs of communities,” said Jennifer Thompson, CDO.

Aside from his extensive experience in Public Works, Peter also carries with him years of experience and knowledge of certain Public Safety programs. Peter honed his skills in public safety working first as the Assistant Director, then Director of Transportation and Logistical Support for the Boston Police Department. During this time Peter was part of the Senior Staff and was responsible to the Chief of the Bureau of Administrative Services for Logistical Operations related to the management of the Departments multifaceted Transportation Management Program. On a day-to-day basis, Peter was involved in the strategic planning of large scale Citywide special events, support of Community Policing Programs, and the development of new City-Wide public safety initiatives. Some of his accomplishments included the management and technical design of a fleet of 980 public safety vehicles that included a variety of specialized equipment that included mobile communications and command vehicles. In order to accomplish the goals of the Boston Police Department, Peter implemented within the Department’s budget ten district operational facilities designed to provide for the intensive maintenance management of equipment so as to ensure their constant operational readiness. This essential equipment was vital to the efficacy of the daily public safety mission as was established by the policies of the Police Commissioner’s Office.

Peter was able to carry the many things he learned from this position to his other roles after his time working for the City of Boston. In 2005 he served as an Operational Controller in the Department of Homeland Security’s TOPOFF-3 Tri-State Regional Exercise in Connecticut and functioned as a MEMA controller and evaluator for the City of Lowell’s 2005 Regional Emergency Management Exercise. Peter was also able to combine his knowledge of public safety and his proclivity for management and planning by developing and operating the Homeland Security NERAC Cache site within the Framingham Public Works Complex for the management and distribution of equipment to communities in Massachusetts for use during large scale emergencies.

“I have had the great honor of working with Peter through many challenging projects. The city-wide intensive infrastrcucture work in Framingham represented a good expample of how strong public/private partnerships can enable a successful outcome. I couldn’t be more excited to have him on our team,” said Nichol Figueiredo, CEO. “He has a keen eye for details but, always keeps the bigger picture in mind. Peter’s skill and abilities will greatly assist our clients as they navigate through the impacts of the COVID-19 pandemic.”

It’s clear to see from such an accomplished career Peter’s dedication to serving the public. Time and time again, he has shown his ability to jump into any challenge and manage a team, not only with efficiency and effectiveness, but respect and understanding. His commitment to honest and collaborative workspaces gives all who have had the pleasure of working with him the opportunity to do their best work in public service. 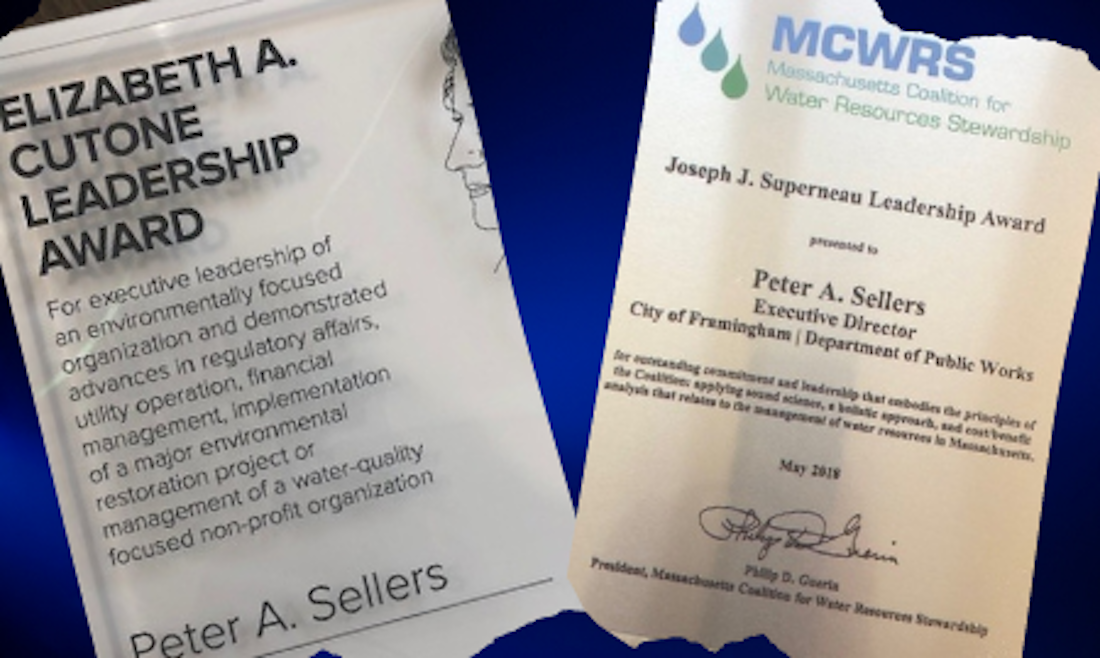 Because of his vast and varied depth of knowledge, Peter can always easily identify professional niches for talented individuals to fill within a department and has made a conscious effort throughout his career to create an environment where a team of committed people will always grow and thrive. We are so grateful to have him join our team and we are extremely excited to bring his expertise to the table.

Our team at Capital Strategic Solutions is composed of talented and experienced former municipal employees with a passion for problem solving and public service. We operate as a mobile municipal force across New England with the experience and connections to assist with any project. Our team specializes in community engagement, grant writing and management, impact mitigation, project management and oversight, website redesign, and community outreach to name just a few. We have the ability to deliver creative and cost-effective services to any city, town, department, or organization in a way that maximizes success, and minimizes risk.

To learn more about our services, and the expertise of our team please email us at info@capital-strategic-solutions.com or call us at 508-690-0046 to schedule a meeting with us!

Whether you just need a second set of hands for a simple fix, or management on large scale projects, we have the resources to fill your need.